It has been my intention for some time to do a 'fair value' series of reports and regular updates for a wide variety of stocks. Yes, there are the crazy over-priced ones that many traders are fully aware of, but I also aim to get to look at...(wait for it)... under-priced stocks! Yes, even someone who leans on the bearish side of things should look for under-valued (but high quality) stocks to purchase.


Taken together, I believe fundamental + technical analysis are important for any trader to be consistantly successful in the longer term. Clearly, this is just the start, and with more posts, hopefully the standard will develop to become something worthwhile.


Fair value is a concept I've been touting for many years. It has almost become a long time joke where if someone touted one of the momentum (momo) stocks (like NFLX, FB, AMZN), I'd just say 'divide by 10', and then give my 'fair value' price.


Dividing by 10 is admittedly overly harsh for even some of the very worse momo stocks, but the point stands, most of them were – and still are, grossly overvalued.


What is fair value?


Say you're an investor with $10,000. How many years do you want to endure before your investment provides a 100% gain. Lets not get into the sub issues of 'how' the returns are generated, whether by capital gain or via dividends. The issue is about return on investment (ROI).


Would a century be too long? Ohh, then I guess you don't like stocks with a Price Earnings (PE) ratio above 100?


How about 15 years, does that seem like a reasonably good time frame to get a 100% return on your investment? Arguably, for most people, 15 years is a reasonable time frame.


Historically (and interestingly!), the PE for the US equity market is usually somewhere in the 10-15 range. During the bubble periods, ratios of 30, even low 40s have occurred. Similarly, a 'depression era' PE of 5 is also important to recognise.


Now, one final issue about PE ratios. There will of course be a range between different stock types during any given era, such as the following that I suggest we presently have...


*there have of course been some insane tech/social media IPOs in recent years where the PE is 1000/1500 or worse.


There are many other smaller issues about PE ratios. Most notably, there is no PE ratio if a company is losing money. Secondly, if a company is making a VERY small amount relative to the number of shares, its possible we get bizarre PE ratios of 500, or even higher.


The PE ratio is certainly not everything when considering a company, but contrary to what many have come to forget, it is still a great starting place. 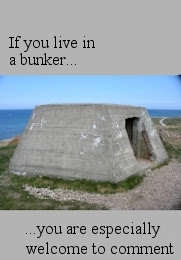 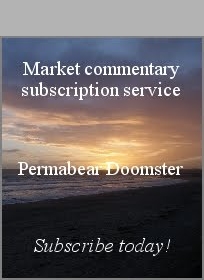 If you have valued the posts on these pages, you can support me via a monthly subscription, which will give you access to my intraday posts at Permabeardoomster.com

Permabear Doomster
Interested in macro-economics and Socio-Politics. Stock-options trader (10 years), Stocks (30 years). Permabearish in nature, but will trade the equity market long, as well as the short side.