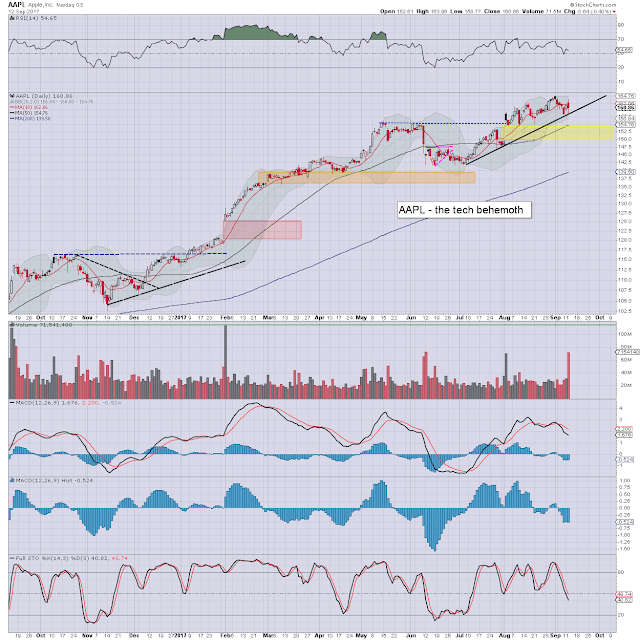 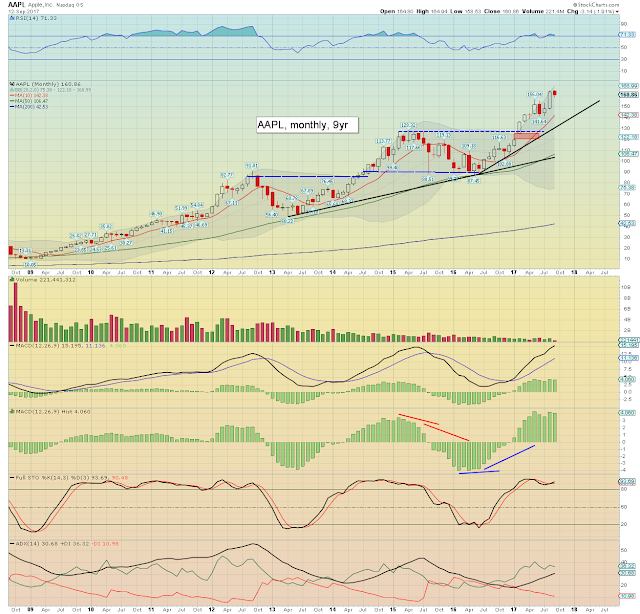 Suffice to add, with the 'event' out of the way, we're already seeing some initial cooling, which some could justifiably call a 'sell the news' event.

Short term, AAPL looks vulnerable, not least as the main market is due a 4-5% correction into October. More broadly though, that would do little to dent the mid/long term bullish trend.

Technically, AAPL would only be bearish with some sustained action under the key 10MA, currently in the $142s. Frankly, that looks a stretch, even if sp'2380s in early October. On the giant monthly cycle, even if AAPL were to max out around current levels, a bearish MACD (green bar histogram) cross would not be seen until least early spring 2018.