BAC - bearish with no rate hike

With the Fed set to refrain from a rate hike at the Sept'20th FOMC, the financials are under increasing downward pressure. Bank of America (BAC) settled -1.9% at $22.97. The settlement under the 200dma opens the door to a test of core support around the $22.00 threshold. 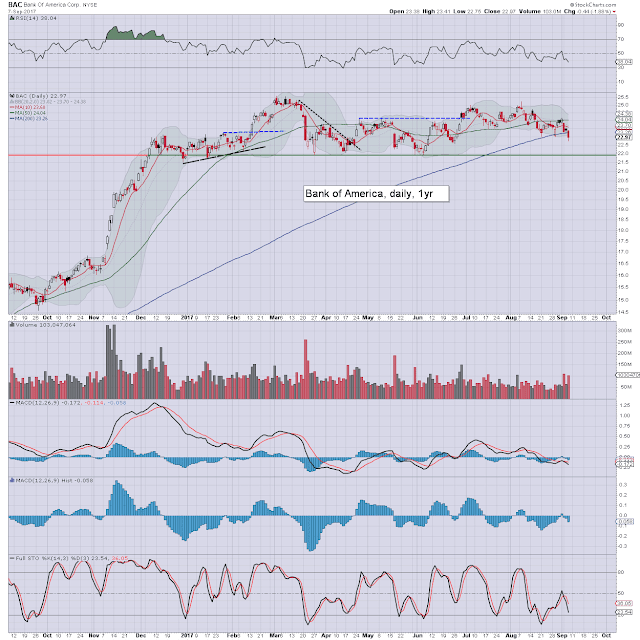 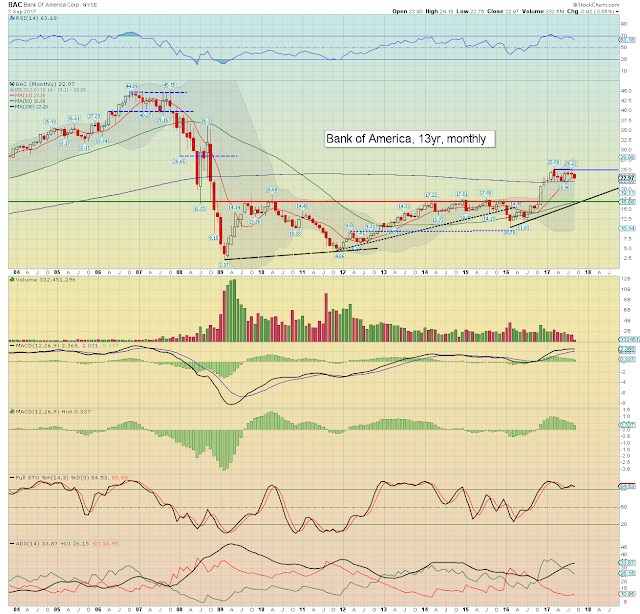 The financials struggled from the collapse wave lows of 2009 to late 2015. Indeed, it was only in Nov'2015 when Bank of America finally cleared massive resistance of $18.00. From there, things spiralled upward, as it seemed the fed was finally going to at least attempt a series of interest rate hikes.

So far this year, we've seen 25bps hikes in March and June. Yet the fed are now dithering, and there is seemingly ZERO chance of a Sept' hike. The mainstream are also now seriously doubtful that a Dec' hike will happen.

--
Technically, today's loss of the 200dma in BAC opens another test of core support around $22.00. Any sustained action <22 threatens much lower levels. The natural target would be the original breakout level of $18. If correct, there are rather bearish implications for the broader equity market into 2018.
Posted by Trading Sunset at 22:40