SDRL - a farewell to Seadrill

The oil/gas exploration driller of Seadrill (SDRL) has filed for bankruptcy. The stock has been in a long term decline from the Sept'2013 high of $43.42, today settling at $0.28. The corporate/trading name will perhaps continue to be used, but regardless, existing stockholders have been effectively zeroed out. 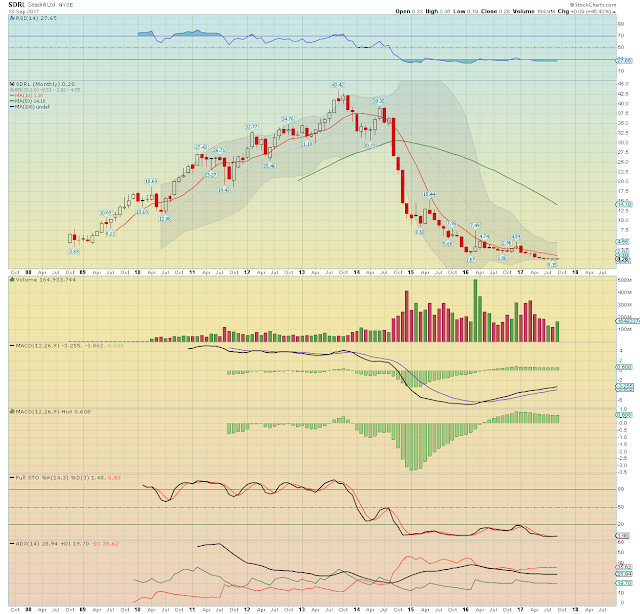 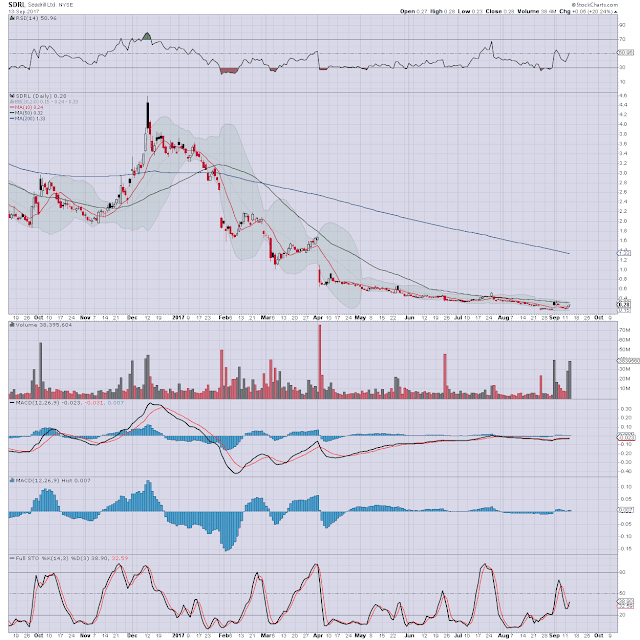 First, regarding today's net daily gain of 5 cents - which amounts to 20.2%, to $0.28, its a spurious gain, and to be treated as meaningless... although I realise some of the 'penny share' players would argue otherwise.
--

Seadrill used to be a stock I'd closely follow. I think I last traded it (long side), back in spring 2014, and then simply left the entire energy sector alone.

Today's news that it has effectively imploded is not exactly surprising. The sector remains saturated, and its notable that there was never any 'industry capitulation' in early 2016 - as had seemed due. Instead, its become a drawn out affair. Seadrill won't likely be the last of the familiar names to disappear.

Existing shareholders for Transocean (RIG), and Diamond Offshore (DO) should at least do another review of their balance sheets. I might try to do a post on both stocks sometime soon.